Peles Castle is a Neo-Renaissance castle in the Carpathian Mountains, near Sinaia, in Prahova County, Romania, on an existing medieval route linking Transylvania and Wallachia, built between 1873 and 1914. Its inauguration was held in 1883.

King Carol I of Romania (1839–1914), under whose reign the country gained its independence, first visited the site of the future castle in 1866 and fell in love with the magnificent mountain scenery. In 1872, the Crown purchased 1,300 square kilometers (500 sq mi) of land near the Piatra Arsa River. The estate was named the Royal Estate of Sinaia. The monarchy commissioned the construction of a royal hunting preserve and summer retreat on the property, and the foundation was laid for Peleș Castle on 22 August 1873. Several auxiliary buildings were built simultaneously with the castle: the guards’ chambers, the Economat Building, the Foişor hunting lodge, the royal stables, and a power plant. Peleș became the world’s first castle fully powered by locally produced electricity.

Europe, and King Carol I rejected them all as lacking originality and being too costly. German architect Johannes Schultz (1876–1883) won the project by presenting a more original plan, something that appealed to the King’s taste: a grand palatial alpine villa combining different features of classic European styles, mostly following Italian elegance and German aesthetics along Renaissance lines. Works were also lead by architect Carol Benesch. Later additions were made between 1893 and 1914 by the Czech architect Karel Liman, who designed the towers, including the main central tower, which is 66 metres (217 ft) in height. The Sipot Villa, which served as Liman’s headquarters during the construction, was built later on. Liman would supervise the building of the nearby Pelisor Chateau (1889–1903, the future residence of King Ferdinand I and Queen Marie of Romania), as well as of King Ferdinand’s villa in the Royal Sheepfold Meadow.

The cost of the work on the castle undertaken between 1875 and 1914 was estimated to be 16,000,000 Romanian lei in gold (approx. US$ 120 million today). Between three and four hundred men worked on the construction. Queen Elisabeth of the Romanians, during the construction phase, wrote in her journal:

„Italians were masons, Romanians were building terraces, the Gypsies were coolies. Albanians and Greeks worked in stone, Germans and Hungarians were carpenters. Turks were burning brick. Engineers were Polish and the stone carvers were Czech. The Frenchmen were drawing, the Englishmen were measuring, and so was then when you could see hundreds of national costumes and fourteen languages in which they spoke, sang, cursed and quarreled in all dialects and tones, a joyful mix of men, horses, cart oxen and domestic buffaloes.”

Construction saw a slight slowdown during the Romanian War of Independence against the Ottoman Empire in 1877–78, but soon afterwards the plans grew in size and construction was quite rapid. Peleș Castle had its official Royal Ball of Inauguration on 7 October 1883. King Carol I and Queen Elizabeth lived in Foişor Villa during construction, as did King Ferdinand and Queen Mary during the construction of Pelişor Castle. King Carol II was born at the castle in 1893, giving meaning to the phrase „cradle of the dynasty, cradle of the nation” that Carol I bestowed upon Peles Castle. Carol II lived in Foisor Villa for periods during his reign.

After King Michael I’s forced abdication in 1947, the Communist regime seized all royal property, including the Peles Estate. The castle was opened as a tourist attraction for a short time. It also served as a recreation and resting place for Romanian cultural personalities. The castle was declared a museum in 1953. Nicolae Ceausescu closed the entire estate between 1975 and 1990, during the last years of the Communist regime. The area was declared a „State Protocol Interest Area”, and the only persons permitted on the property were maintenance and military personnel.

Ceauşescu did not like the castle very much and rarely visited. In the 1980’s, some of the 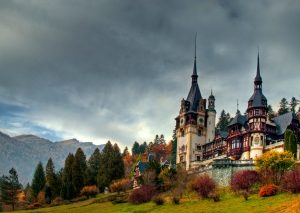 timber was infested with the Serpula lacrymans. After the December 1989 Revolution, Peles and Pelisor Castle were re-established as heritage sites and opened to the public. Today, Foişor Castle serves as a presidential residence. The Economat Building and the Guard’s Chambers Building are now hotels and restaurants. Some of the other buildings on the Peleş Estate were converted to tourist villas and some are now „state protocol buildings”. In 2006, the Romanian government announced the restitution of the castle to former monarch Michael I. Negotiations soon began between the former king and the government of Romania, and have not concluded yet. The castle is on lease from the royal family to the Romanian state. Peleş Castle receives between a quarter and almost a half million visitors annually.

Throughout its history, the castle hosted some important personalities, from royalty and politicians to artists. One of the most memorable visits was that of Kaiser Franz Joseph I of Austria-Hungary on 2 October 1896, who later wrote in a letter:

„The Royal Castle amongst other monuments, surrounded by extremely pretty landscape with gardens built on terraces, all at the edge of dense forests. The castle itself is very impressive through the riches it has accumulated: old and new canvases, old furniture, weapons, all sort of curios, everything placed with good taste. We took a long hike in the mountains, afterwards we picnicked on the green grass, surrounded by the Gypsy music. We took many pictures, and the atmosphere was extremely pleasant.”

Artists like George Enescu, Sarah Bernhardt, Jacques Thibaud and Vasile Alecsandri visited often as guests of Queen Elizabeth of Romania (herself a writer also known under the pen name of Carmen Sylva). In more recent times, many foreign dignitaries such as Richard Nixon, Gerald Ford, Muammar al-Gaddafi, and Yasser Arafat were welcomed at the castle.

The castle was featured in the 2009 film The Brothers Bloom. The exterior of the castle is used to represent a large estate in New Jersey, the home of an eccentric billionaire played byRachel Weisz. 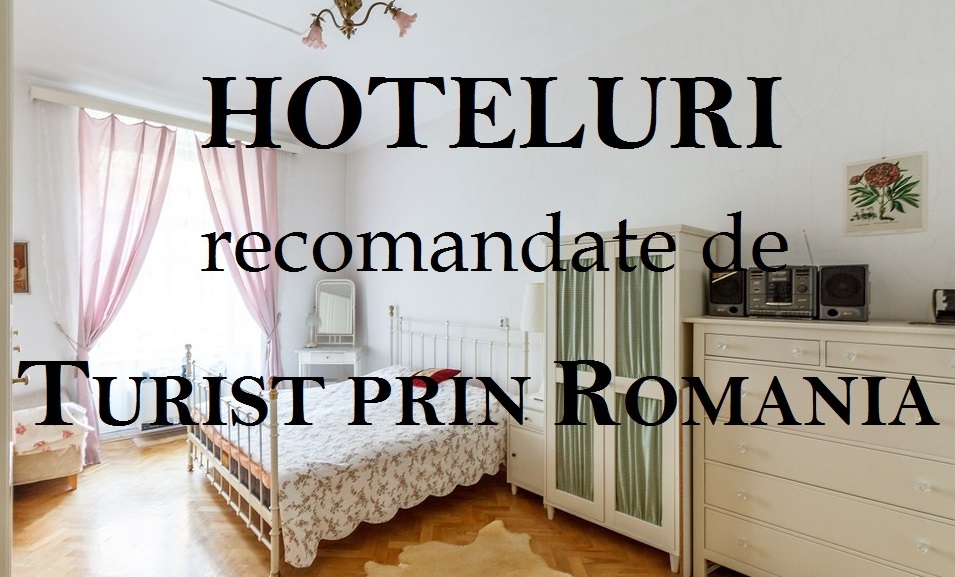